Photo of the Day: Sandro tastes defeat at SRC: Soul of Fight

Share All sharing options for: Photo of the Day: Sandro tastes defeat at SRC: Soul of Fight

Last week at SRC: Soul of Fight, the 17-1 Sandro defended his title for the first time against Hatsu Hioki. The two went back-and-forth but it was Hioki who was awarded the decision win, handing Sandro just his second career loss and capturing the title.

In this photo by Sherdog's Taro Irei, you can see the emotional Sandro following his defeat. 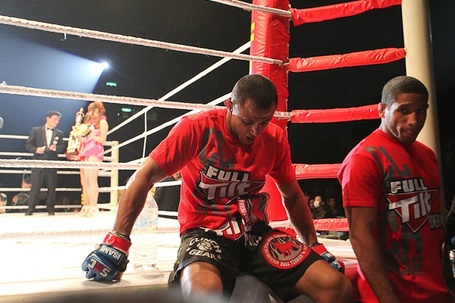 After the jump, you can see new champ raise the hand of the dejected Sandro. 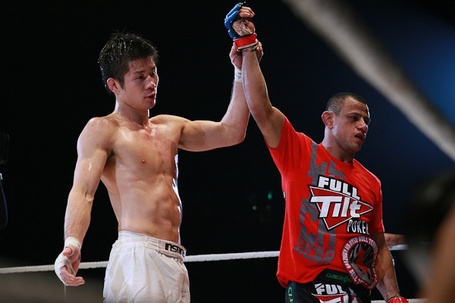