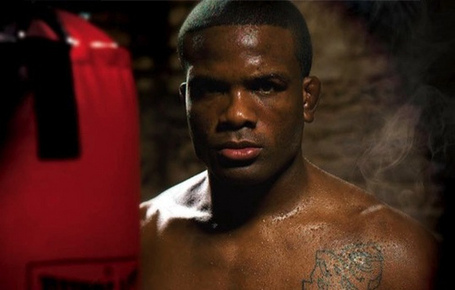 Fans Interview Fighters is back with our 4th installment. This time we have secured Featherweight Din Thomas. Din recently dropped down to 145lb's after his last run in the UFC and is on a 3 fight win streak. Before dropping down Din fought a whose who of the lightweight division including BJ Penn, Jens Pulver, Caol Uno, Clay Guida, Kenny Florian, Jeremy Stephens and Josh Neer. Din was a participant on The Ultimate Fighter season 4, was also involved in a botched mma vs boxing showdown with Ricardo Mayorga last year that fell victim to the rath of Don King at the last minute, and has acted in multiple independent films. Din has a career record of 25-8. Din is the first fighter in this series who is not currently under contract with a major promotion. Is that by choice after winning 3 in a row considering the UFC's recent addition of the FW division, or is he still waiting for that call? Let’s ask him and find out.

As always if you've read this far I beg of you to please post your comment in the form of a question to save me time on editing. Please do not put half the question in the title of your comment and the other half in the body. Put the whole question in the body of the comment. Also if you are posting multiple questions but really hope that one of them is chosen feel free to indicate which one, you could keep it simple and just add a * before that question.