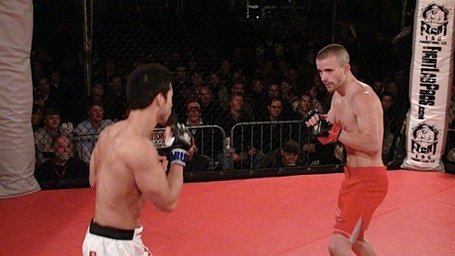 Photo courtesy of Mark Corum.  *This is not a pic from last night's fight.  Corum is in the red shorts.

North Carolina's own Mark Corum traveled down to Georgia last night to do battle against Justin Chung.  After giving up a couple of take downs to Chung, Corum was able to put him away with a triangle choke in the second round.  The win pushes his record to (3-2).  Corum is coming off a fight with Kevin Forant that ended in a No Contest when both fighters fell out of the cage door and the door could not be secured.  It's looking that the re-match will be next up on the agenda sometime this summer.