Share All sharing options for: SportfightX Presents: Showdown in McDonough 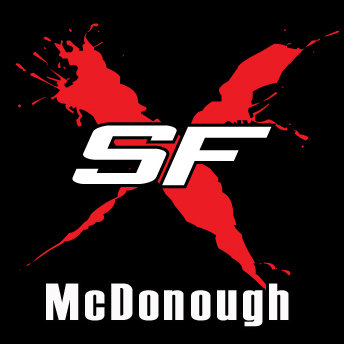 On Saturday May 1, Southeastern MMA's Ultimate Proving Ground converges on McDonough, Ga. at Gateway Event Center and with it comes all the action, attitude and production that separates SportFight X from it's competition, or lack there of. Project 9-6-1 and Iron Clutch Fitness present an adrenaline filled night featuring 10 Mixed Martial Arts bouts scheduled for the evening including two ISKA title fights and a female MMA matchup. All of which will be held in SportFight X's extreme fight cage.

Be sure to get your tickets for the event here. The Showdown in McDonough will mark SportFightX putting on a show every month until the end of the year. SportFightX has done a very impressive job getting sponsors, such as Redline, Project 9-6-1 and Iron Clutch Fitness. SportFightX's promoter William "SoCo" Mcalister promises SportFightX will be the most exciting promotion in Georgia. Fight card after the jump.