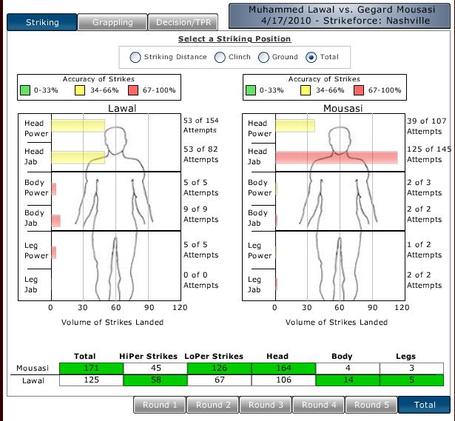 So as I mentioned in another post on yesterday.  While it's true that Mousasi landed more strikes, the majority of those strikes were thrown and landed while he was on his back.  Which generates little to no power.  A perfect example was that Lawal's eye was pretty much closed in the second round, but no real significant damage was done after that.  I think he may have had a busted lip or something pretty minor.  The thing I wanted to point out was that Lawal DID stand and trade with Mousasi on several instances and did pretty well against him.  Mousasi was never really able to get anything off other than in the second round if I recall correctly.  Which happens to be the only round Mousasi won.  So not to beat a dead horse, but it's not like Lawal took Mousasi down and just laid there or help him there the way Couture did Vera.  Lawal landed more power strikes, controlled Mousasi and wore him down(even though he was gassed as well).  The grappling and full scoring from fightmetric after the jump. 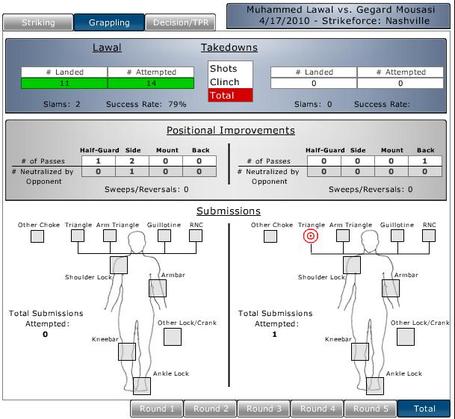 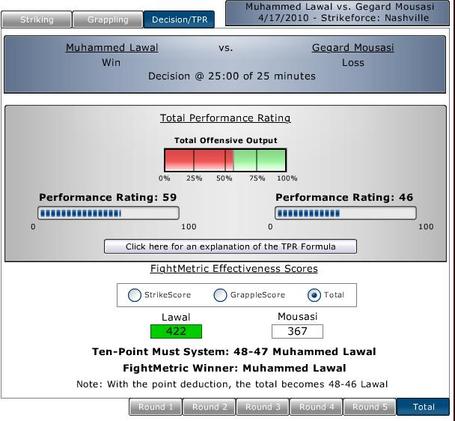