Promoted To Frontpage From Fanposts By Kelvin Hunt 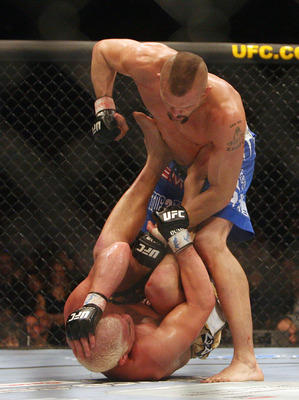 The pic above will NOT be the scene greeting MMA enthusiasts this Spring, instead according to FightersOnlyMagazine.co.uk;

Liddell will indeed be facing former middleweight champion Rich Franklin. The fight is to headline an April 17th Fight Night event which will counter Strikeforce’s show on the same date.

The website went on to report that the Fight Night Card in question is being organized for Nashville, but the good news (because I have no interest in seeing Ortiz fight again) doesn't end there. They proceed to speculate that

Ortiz is out of the fight but not because of injury; he is healthy and is not suffering back problems as some rumours claim. The reason for his withdrawal is known to Fighters Only is something that may significantly impact his future as a fighter, but we cannot report the details at this point.

What say you, the MMA4Real conspiracy theorists? Do you even care for Tito?

What level of interest does Tito's name manifest in you?