Dana White Thinks Strikeforce Will Fail, But Doesn't Want Them To Go Away

Share All sharing options for: Dana White Thinks Strikeforce Will Fail, But Doesn't Want Them To Go Away

Dana White isn't the most tactful at times when it comes to interviews with the media.  However, I think most of that comes from having to answer the same old questions time and time again.  At the UFC 110 Q&A White was asked about Strikeforce for the 50 11th  time and he gave his thoughts.  He thinks they are going to fail because they are poorly organized and trying to be too big.

I like Strikeforce and I hope they are successful, which is probably why I come off as real critical of them at times.  However, I would have to agree with White that they are a poorly organized promotion at the moment.  There's a host of things they need to improve upon:

-They wait to the last minute to finalize fights

-They have no brand recognition, and don't seem to be trying to build their brand

-The matchmaking and promotion of their champions needs improvement.  How can you have someone fight your champion for the belt when they were on the undercard of the last event(that didn't make the broadcast), or have never fought for your promotion before.  I'm referring to Marloes Coenen and Marius Zaromskis.

-The promotion of their events in general need improvement.

I'd just like to see Strikeforce really take their time and put things together the right way.  The issues they need to mend are not that difficult to fix.  It'll just take time and communication amongst the individuals that run the promotion as well as the fans of the sport of MMA.  However, if they don't find solutions for these problems soon, I'm afraid Dana White will be adding another name to his tombstone list. 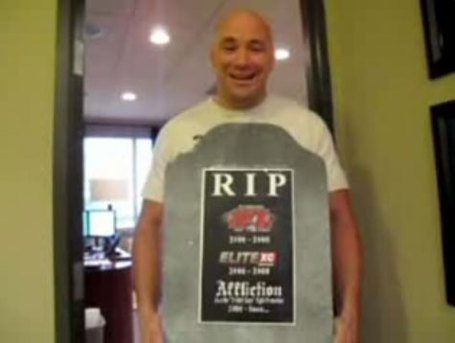