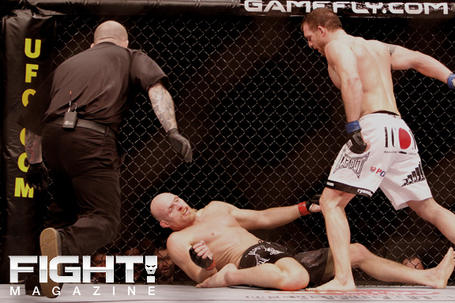 A fight between Jon Jones and Ryan Bader will be going ahead in February... The clash will take place on the SuperBowl weekend UFC 126 card on Saturday February 5th.

Whilst this is a fight many fans, myself included, have been clamouring for it will not be proceeded by a title shot for the winner. Instead Dana offered words of caution,

"Jon Jones is obviously the talk of the industry right now. I mean this guy, he’s the whole package. He’s a good-looking kid, he’s smart, he’s incredibly talented, he’s got the size, he’s got the strength.

We’ve had lots of guys come up through the ranks, they look like they were going to be the next big thing, we’ll see if Jon Jones is going to be that guy… He just broke into the top ten, he’s going to take on Ryan Bader, who just beat [Antonio Rogerio] Nogueira. If he gets through that fight then he’s going to fight nothing but the top five."

I for one am super stoked for this fight and put it on the same pedestal as the future Velasquez v Dos Santos match-up. Equally I must say I continue to be super impressed with Dana and Joe Silva for sacking it up and pitting these two prospects against each other. Giving the fans what they want, and the sport what it needs. Answers.

Who takes this down?