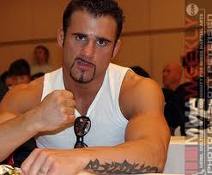 Baroni's training at AKA so no surprise who he's picking, but Lesnar a coward? Great interview over at mondaymorningblackbelt.com, the coward comments surprised me the most but his comments on steroids and taking credit for discovering kampmann are well worth the read also.

MMBB: This weekend we got the big fight, I know you’re at AKA and I know you’re gonna give me the "Cain Velasquez is gonna win," you really…

Baroni: listen, this is the thing, I told Joe Rogan years ago in, when I was cornering Coleman, where was that? Ireland, in Ireland, we some how…You know I had a couple drinks and that dude came up, Velasquez, and I said dude listen, this guy has the gas tank that nobody has. He has an unbelievable gas tank, like I can’t explain it, you got to see it. They should do some tests on this guy because it’s not fair, he can not get tired. I mean he can’t get tired! I mean I don’t think I would lose any fights if I had that gas tank. I think he’s just blessed with something, and you know, maybe he doesn’t have one punch knock out power, but it doesn’t matter if he hits you 500 times with the same power as the first punch he throws. I mean the guy, anything can happen in a fight, you could get blasted, but he does not slow down, you can’t keep his pace. And he is a great athlete and he’s fast for the weight and he’s technical and he’s got balls you know he’s gully. I just don’t see anyone beating that guy. I think he’ll be champion for a long time, I think he’s gonna do what Fedor did, and I’m on nobodies nut sack you know what I mean, there’s no one that I’m a fan of, but I don’t see any holes in this guys game.

MMBB: I just see the size, I see Brock just taking him down and pounding him out, and I mean I think Cain is definitely the number one contender, but I just think…And I’m not a Brock fan at all! AT ALL, but I just think his size is just too much, and his speed.

MMBB: Backing up and kinda cowering?

Baroni: I would never do that, I would never crumble to the ground. I’ve had a lot of guys bombing on me and I’ve never crumbled to the ground to my back, and I don’t think he would have been upset at all if they had stopped that fight, what could he have said? Cain’s gonna do that to him ALL DAY and he’s not gonna get tired. Yeah he’s not that big, but he’s way faster than Carwin and he’s a better athlete, he’s a better wrestler and I’ve been a fan of this guy from day one because I just know what he’s got, that gas tank, and I just don’t see anyone overcoming that.