Our friends at MMASpot with the scoop:

While still unannounced, details surrounding UFC’s "Ultimate Fight Night 21" are beginning to emerge. Though reports broke last week that the event will be held in North Carolina, a venue and city were still up in the air. Today, MMASpot confirmed, through stadium officials, that Bojangles’ Coliseum in Charlotte will be the destination for the Wednesday, March 31 event, marking UFC’s first visit back to the city in fifteen years.

There were three places in mind when the news broke that the UFC would be bringing another event back to North Carolina.  It looks like the UFC will be going to the largest city in North Carolina, with the Bojangles Coliseum located just minutes from downtown Charlotte.  The venue is capable of seating 11,000 strong and a seating chart can be viewed below: 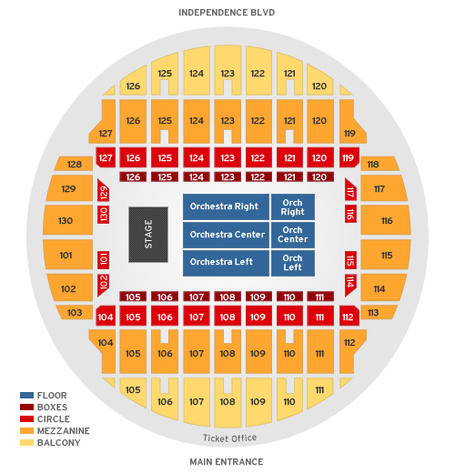 Depending on how they construct the cage, this event could become the highest attended UFN in history.  I'm sure North Carolina fans will come out to represent and show why more events should take place in the Tarheel state.  The rumored fight card can be found after the jump.