Can Daniel Cormier Make An Impact In MMA At Heavyweight?

Share All sharing options for: Can Daniel Cormier Make An Impact In MMA At Heavyweight? 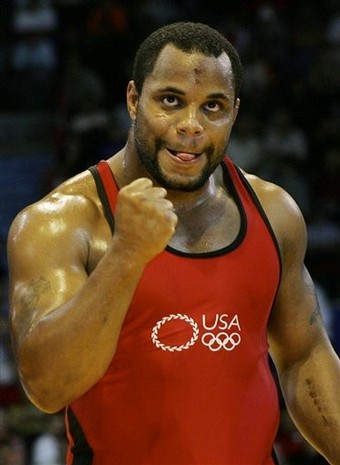 The standout Olympic wrestler will be making his MMA debut tonight at Strikeforce: Kennedy vs. Cummings against another wrestler in Gary Frazier who's also making his MMA debut. We've seen high caliber wrestlers like Dan Henderson, Josh Koscheck, Brock Lesnar, Ben Askren, and some others make the transition over to MMA successfully in the past. Cormier weighed in at a robust 250lbs for the fight tonight, and standing around 5'11" tall he could be a load for anyone to move with that low center of gravity. Cormier trains out of the well respected American Kickboxing Academy along side of the aforementioned Josh Koscheck, Cain Velasquez, and Jon Fitch. We've seen these fighters go through their transitions so to speak as they have integrated striking and grappling to their respective wrestling bases. So I expect that Cormier should be able to the same thing to a degree.

Cormier is getting into the sport while still in his physical prime at 30 years old. However, it appears that he's in the sport for the long haul after signing an 8 fight deal with Strikeforce. So it'll be interesting to see him develop with each fight. The word is that he's a very quick learner, and if we've learned anything its that great wrestlers who are quick learners equal wins in the cage. We'll get to see tools he brings to the cage on tonight.

So you think Daniel Cormier can make an impact in MMA at heavyweight? A short video of him wrestling can be found after the jump.