Share All sharing options for: Patrick Cote Eyes A Possible Return At UFC 104 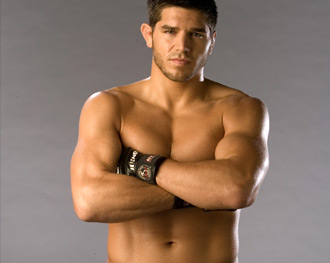 Having been sidelined with a knee injury since October, UFC middleweight Patrick Cote has returned to a full regimen of training with the hopes of getting back into the Octagon this fall.

"I've done a lot of physio and conditioning to put the strength back in my knee," Cote said.

"Right now, it's good. I didn't sign anything, but my target is to fight at UFC 104 on Oct. 24. My doctor told me for sure, it's the best date I can fight. I can't wait to be back. That will be one year from when I last fought, so I'll be hungry."

It'll be interesting to see how Cote performs when he is able to come back.  So according to Cote he's already training full time after 7-8 months of rehab?   He had a torn ACL and a torn meniscus.  Personally, I think that return is a little early with the types of injuries he had.  Hopefully he's not rushing things like Shogun Rua did, and then prolong his return even more.  Then again, he could make matters worse by doing just like Shogun Rua did and lose his first match back.