Jorge Santiago Is Open To Returning To The UFC

Share All sharing options for: Jorge Santiago Is Open To Returning To The UFC 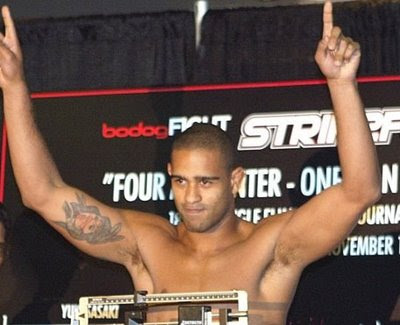 Strikeforce tournament and Sengoku middleweight champion has been on a tear and hasn't lost a fight since 2006.  That fight just happened to be his last UFC fight where he was put away by Alan Belcher.  In fact, he had been KO'ed by Chris Leben 4 months earlier in another UFC fight.  Santiago went 1-2 inside his short UFC stint, but now has won 9 fights in a row.  All by either KO or submission.  Now with more experience under his belt, Santiago feels like things would go a bit different nowadays.  Santiago spoke with Tatame:

What was the predominant factor for this positive change in your results?

I think that was the experience I’ve gained over the times and the professionals that I have around me, working with me in the correct way.

You haven’t had a good passage in the UFC, where you won only one of three fights, but, after that, you won everybody. Why weren’t you so well in the UFC?

I think that was what I was talking about earlier, I hadn’t got much experience. Today, the results would be different.

How would you face a return to the UFC now?

Good, I would return very happy! I just didn’t went back yet because I have fights to do in my contract and I still have much to do here in . But, with a good proposal, why not?

MMA4Real currently has him ranked as the #9 middleweight in the world.  I'd love to see Santiago get another shot in the UFC.  Give me your thoughts.