Quoteworthy: Dana White On The Value Of The UFC

Share All sharing options for: Quoteworthy: Dana White On The Value Of The UFC 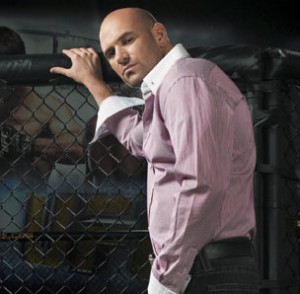 Dana White recently spoke with Darren Rovell from CNBC about the value of the UFC in a economy that's in recession:

I suppose that UFC 94 did a lot to help out those first quarter numbers, even though UFC 93 did much better than expected in terms of PPV.  However, it is impressive that the first quarter contained two PPV events that took place on foreign soil, and they are still up 20%.  Usually, the foreign events suffer PPV wise.

Dana tells us why the UFC is doing so well:

White said one of his financial weapons is scarcity, as in there's not a UFC fight on every week.

"That's why the NFL has a great business model," White said. "There are only 16 games. Of course, their only problem is that no one wants to see the game outside this country."

Well, I guess that shoots down my idea of have weekly or even monthly live fights in regards to the UFC.  He does have a valid point though in that oversaturation could hurt the brand.  I thought it was funny that Dana tries to get a dig in at the NFL every chance he gets.  He does so later in the piece as well in pointing out that the UFC beat Monday Night Football in the coveted 18-34 demographic ratings wise a couple of times last year.

It depends on how a couple of fights turn out(plus location), but the UFC could very well surpass their PPV totals for 2008 in 2009.  UFC 100 will do tremendous numbers, and they'll do well if they go to Boston later this year as rumored.  I think Rashad Evans vs. Rampage Jackson would do well(if Evans gets past Machida and he will :)).  UFC 101 should do well PPV wise, as well as whatever show GSP defends his belt again provided he beats Thiago Alves.  Of course, that's a lot of if's and whatnot, but those scenarios could very well come to fruition.