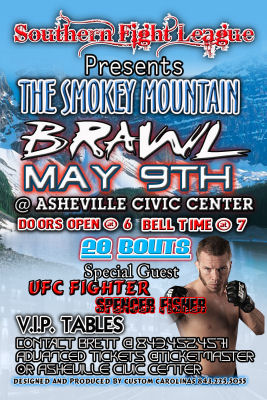 The Southern Fight League MMA promotion invaded Asheville, North Carolina, this past weekend to host "The Smokey Mountain Brawl" event.  There were ten fights on the card with only 2 fights going to the judges.  The fight results are as follows: