Share All sharing options for: Report: Strikeforce: "Jake Shields vs. Robbie Lawler" Just Got An Upgrade 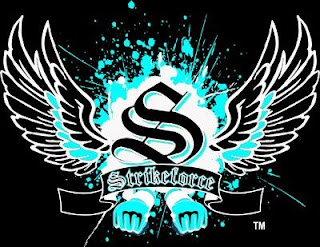 According to Carmichael Dave:

Scott Smith of Elk Grove, CA is set to fight Stockton’s Nick Diaz, at a catch-weight of 180 pounds.

As it turns out, Smith’s now legendary 3 round war with Benji Radach was just a preamble to what may turn out to be the fight of his life. Diaz is coming off a fight with Frank Shamrock that paled in comparison to the Smith/Radach war. Diaz was never in trouble, and barely broke a sweat.

Also added to the card, Brett Rogers and Alistair Overeem with fight for the Stikeforce heavyweight title.

Oh son!  I'm all kinds of excited for this event now.  Anytime Nick Diaz gets added to the fight card it's a good thing, then they are going to put Alistair Overeem on it too?  Although I've heard that the Rogers/Overeem bout isn't confirmed just yet.  This event is scheduled to be on Showtime.  I wonder why they are not saving these for the CBS events?  Anyways, give me your thoughts on this.