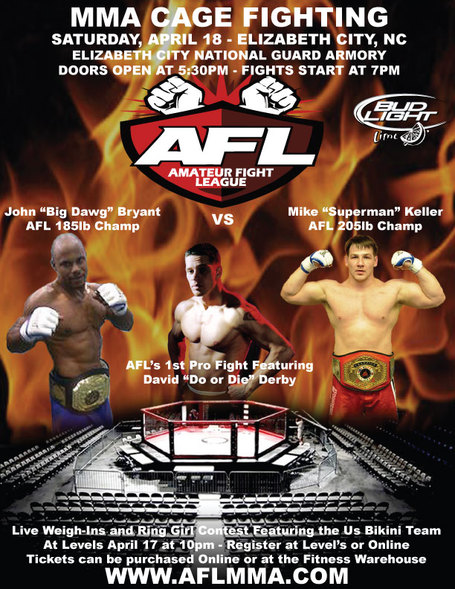 The Amateur Fight League presented "Fight To The Finish 5" this past weekend in Elizabeth City, NC.  The event featured 3 title fights and the fight results are as follows: