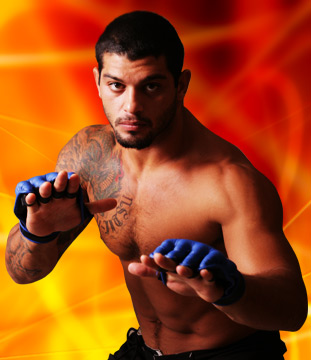 When PRIDE was purchased by Zuffa, Ricardo Arona was one of the fighters that a lot of hardcore fans wanted to see in the UFC. Well over two years have passed, and now we know why Arona's never made his UFC debut.  Dana White speaks with Tatame magazine:

“I don’t think I have been worried about Arona beating everybody. Didn’t Arona just loose? I think Arona just lost recently. There’s no reason I have been like: “Oh God Arona could beat everybody”, or… You know, if I thought Arona was gonna beat everybody he would be here right now”, said White, who already revealed who he’d like to face in a MMA fight. “I’d fight Arona first because I think he sucks! (Laughs). That’s a tough question. I’m not going to answer that one”.

Surely, Dana knows the Sokoudjou fight was a LONG time ago.  I'd like to see Arona in the UFC.  However, I do understand that's he's been out of action for a LONG time.  He probably should have a couple of fights to estimate his worth as a fighter.  It would also give promoters a way to gauge what level he's at during this stage of his career.  Would you want to see Arona in the UFC?