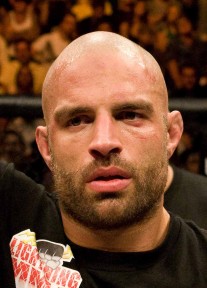 The Ultimate Fighter has had a massive impact on my gym and the amount of students I’m seeing come through the doors. The show was great advertising for me and I now get recognised everywhere I go. People spot me in restaurants, post offices, the market or just walking along the street. It’s a really good feeling to get noticed for something you achieved.

While my achievements on The Ultimate Fighter have brought me to this point, my next goal begins on November 14 in Manchester, when I make my official UFC debut. I’ll be taking on American Matt ‘The Immortal’ Brown and he’s a tough, well-rounded fighter who competes at a very fast pace. He’s a similar fighter to me in many ways and I’m preparing to be involved in a war, however long or short the fight may be

It's interesting to hear about life after TUF for these fighters, especially the guys that actually win the contract.  However, unlike the first few seasons of TUF, the UFC doesn't give the TUF winners any cupcake fights anymore.  Wilks correctly states that Brown is tough, and that guy comes to fight.  I've been really impressed with Brown since he was on the ultimate fighter.  Wilks is a pretty gritty fighter as well, so this fight should be an absolute war.