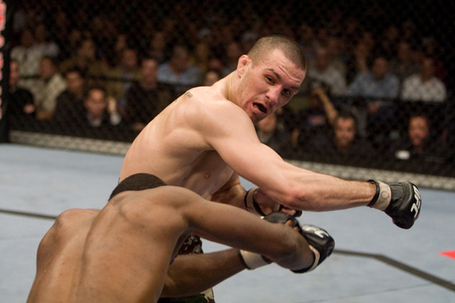 According to multiple media outlets, Josh "The Dentist" Neer has been released from the UFC as of Friday.  Neer, 25-9-1 (4-6 UFC) was on his third run though the UFC, following unsuccessful efforts in 2005 and 2006.

Neer is a tough guy, but has some weknesses that other fighters seem to take advantage of time and time again.  Gleison Tibau's wicked takedowns put down Neer over and over, not unlike Kurt Pellegrino performance just months earlier.  Neer will probably find a home outside the UFC, though I hope he doesn't end up headlining local shows for $5k a night.